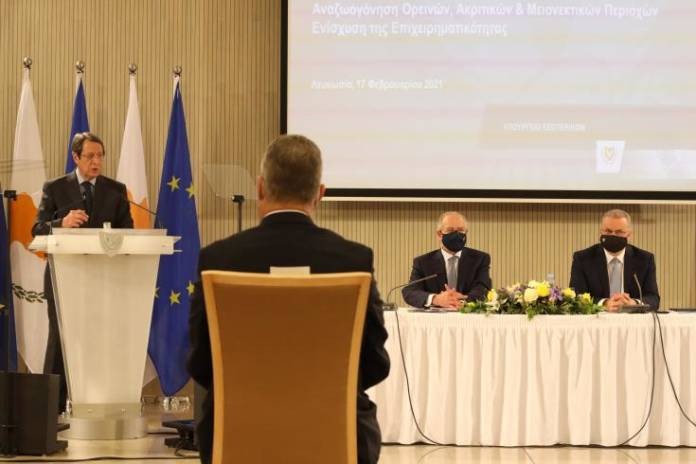 New housing schemes and incentives with an emphasis on rural areas and young people were announced on Wednesday by the Government. The schemes, which were earlier approved by the Cabinet, aim at further supporting the economy and entrepreneurship.

The new plans were unveiled in detail at a press conference at the Presidential Palace by the Interior Minister Nicos Nouris. In his speech President Nicos Anastasiades said that the Government wants to turn the rural and less privileged areas into attractive places to reside and do business. He added that the aim is for young families to choose these areas for their permanent residence and for investors and entrepreneurs to come here and start a business.